This ape (Steve) is hiding in the rocks after going off looking for some geocaches trying to make his escape, he has gone through some sort of time warp as he originally was with his friends Lewis and Clark but only a couple of their boats remain. He is hoping to drag one to the water but there are native human talking muggles everywhere now and he is very confused.

Come rescue him, he is tucked in at the at the rocks shown. 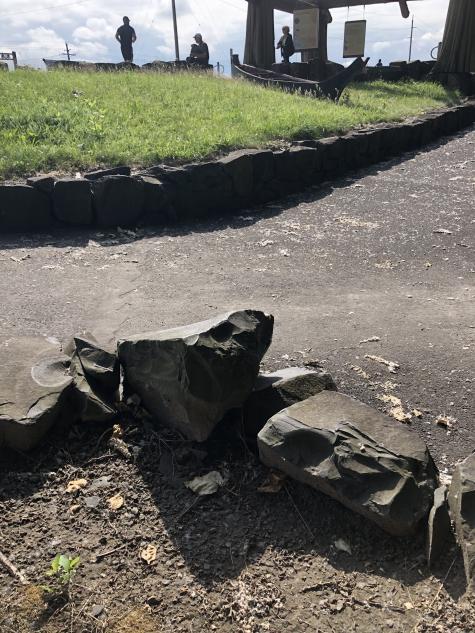